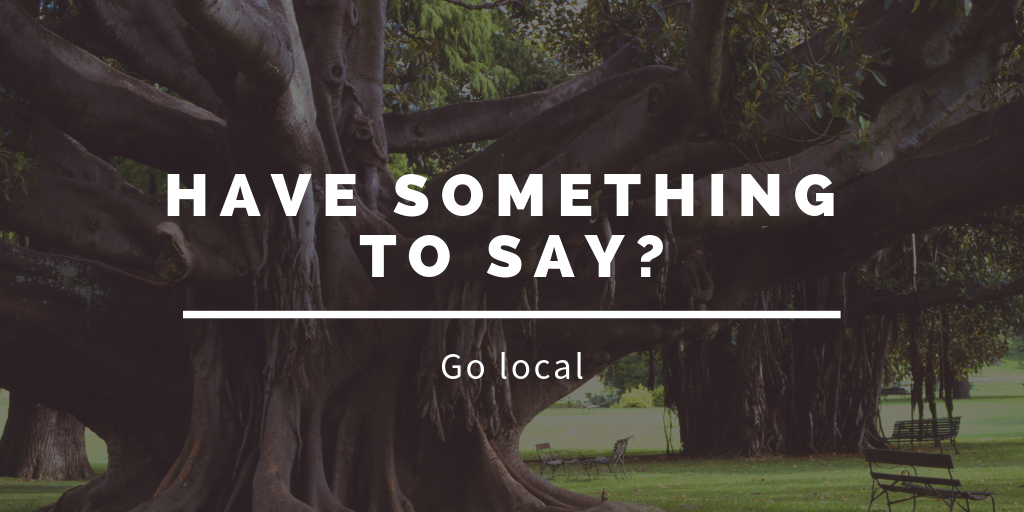 Have something to say? Go local.

“Out beyond ideas of wrongdoing and right doing, there is a field… I’ll meet you there.
When the soul lies down in that grass, the world is too full to talk about.”

These words were written by poet Jalal Ad-Din Rumi, eight centuries ago. He was a mystic, who wrote in Persian, mixed with traces of Arabic. But, if his works hadn’t been translated into other languages, the world would have been deprived of its beauty and wisdom. The same is true for any text that has touched human life. Maybe that’s why the ‘Happy Birthday’ song has been translated into more than 30 languages. And the carol ‘Silent Night’ is sung in 100 languages. Let that sink in for a minute.

The need to go local with communication may seem obvious – we need to connect with people. But, the impact of it is exponential. When communication is tailored to fit the context, it becomes a part of the cultural lingo. Let’s take Radio Mirchi, for example. Their pan Indian tag line: ‘It’s hot’. But, to gel with local audiences, Mirchi adapted its tagline to regional languages. In Karnataka, they say “Sakkath Hot Maga,” in Maharashtra it is “Tikhat Aahe,” while in Delhi – “Mirchi sunne waale always khush.” Can you imagine how quickly such a small tweak can catch on with people? It becomes the pulse of the city.

And not just words. Going local also means embracing flavors. McDonald’s does this flawlessly. They didn’t just sprout in all corners of the world, by selling a chicken burger with cheese. In the Netherlands, they serve a McKroket (a fried beef croquette on a bun); in Germany, a shrimp with cocktail sauce. The 280 Gr. is an Italy-only burger, with Parmigiano-Reggiano cheese – one for the classy palettes. Indians have the McAloo Tikki, and in keeping with local food preferences, McDonald’s has ditched beef from its menus here.

What are they trying to do? They’re saying that they care for the differences, and want to blend in. So, they choose to love the local and personalize offerings. And the local loves them back! McDonald’s gets 320 million customers per year in India. As Edward Dixon, CEO Sannam S4 says, “Whether you love or hate McDonald’s, they deliver a formula very well. Localized menu delivered with quality, at a price that works.”

This dance of the global and the local is now a key customer experience (CX) indicator. It is a process of drawing consumers into the space of your business. Be it through language, flavor, textiles, or even emotion, no matter where you geographically are. Because, when done effectively, it can increase your customer base by 400%. At the heart of such localization lies storytelling. Tourism companies pretty much piggyback on this strategy.

A stellar example: Incredible India’s ‘Awesome Assam’ ad. You might instantly think of tea, Kaziranga, and lush green hills when you think of this State. For tourists the world over, that might be reason enough to pay a visit. But Assam Tourism wants to create an indelible experience. So, this ad underscores an emotional journey through the State. No words, just a feeling. And that sets the tone for what it means to go local in Assam. Watch the ad here, to witness masterful contextualized communication.

And compare it with the ad for Madhya Pradesh, here. Beautiful and authentic, both embody local storytelling.

More than ever before, this world is now a melting pot. Businesses going global, immigration at its highest, people traveling across continents to explore. Given this canvas, going local is then a celebration of diversity, and a sincere attempt to build deeper relationships. How have you experienced it?